On Tuesday December 23rd, a successful rally was held at the Gasconade River Bridge in Hazelgreen, MO.  The focus of the rally was to gain attention from local, state, and federal officials that the people want the bridge restored.  This Route 66 bridge was closed December 19 by the Missouri Department of Transportation because of safety factors stemming from deterioration of the bridge structure.

MoDOT had officials on site at the bridge during the rally, which chiefly included Bob Lynch, the area engineer for MoDOT. A large variety of media was also on hand at the event. Officials were met with concerns brought forth from the Route 66 community, local residents, farmers, and even some tourists from China.

Route 66 roadies brought forth a barrage of testimony citing tourism as the number one chief concern for the area.  Tens of thousands of tourists, mostly traveling abroad from continents outside of North America, descend upon the Mother Road to live and experience the past.  To them, it’s the dream of a lifetime.  Replacing the bridge with a modern structure would alter the canvas of Route 66 through the Ozarks, consequently interrupting that dream.  According to a Rutgers University study released in 2012, more than 5 million people live and work along Route 66, more than 85% of Route 66 tourists visit historic places, and spend over $38 million dollars a year in Route 66 communities.  Route 66 tourism boasts annual gains of $262 million in overall output.  Our historic landmarks and pieces of infrastructure such as the Gasconade Bridge should be kept available for tourists to experience.  On hand at the rally was a local couple from China traveling Route 66 from California.  The young man proudly displayed a tattoo of a Route 66 shield on his leg.  He and his wife chose to travel Route 66 as their vacation over any other place in the world.  They were spending 2 weeks along the mother road, traveling east towards Chicago.  He went on to say that they were planning a return trip next year and would be making the opposite trip heading west to Santa Monica.  It’s a fact. – Tourists come from all over the world to experience Route 66 and they spend their money to do it.

Testimony from all over the world:

·       Pierre Marc (France):   Thousands of French people like us travel each year on Route 66. We have done it in 2010 and will probably do it again in the following years. Last time, we spend three weeks along this road leaving $ to the US treasure with pleasure and next time, it may be even longer and with more $ !!!

·       Anja and Wolfgang Werz (Germany):  Several thousand tourists from Germany traveled each year the Route 66 from Chicago to Santa Monica. An important reason for them is to ride on the trail of American history, including historic bridges such as the Gasconade Bridge near Hazelgreen, MO. If all the historic attractions of Route 66 are gradually removed, it is for the tourists no longer interesting to come to the U.S. and travel The Route 66.

·       Christian Bradtke (Germany):  I want to see, live and feel the American way...the American history. With every lost "original" the rt66 loses one more reason to be loved the way it is. I don't want to ride the best, shortest or most comfortable way. I want to ride the true road, with true attractions. It doesn't matter if you "loose" some time by traveling the old historic route66 with all their side trips.  Because you will win impressions you will never forget in your live. And the Gasconade Bridge is absolutely one of it.

·       Monique and Willem Bor (Netherlands):  Many tourists from the Netherlands like to drive the Route 66 and see all the old buildings, bridges and stretches off Route 66. Please be careful with the remaining attractions because else tourist will no longer be interested in Route 66. Lately many old motels are disappearing, they were demolished or they burned down. Preservation is very important so………preserve the historic Gasconade Bridge!! Be proud of what's still there!

·      Dale Butel (Australia) I fell in love with Historic Route 66 on my honeymoon, as travel agents, my wife and I thought others might like to travel this amazing bit of blacktop and concrete, with all its café’s, motels, bridges, all a glimpse into yesteryear. Well a decade later our business is focused on bringing Australians and New Zealanders to road trip the USA on Historic Route 66. The joy we get from seeing our clients re-live a piece of the past is worth more than any amount of income. It is truly a privilege to be able to introduce more and more people to this amazing time capsule. Every bit of it is important, every rotting motel, every rough bit of road and every classic old bridge or culvert. It all represents America from another time, and a piece of our collective childhood. If they are lost, then the experience will also be lost, and visitors from other countries will stop coming. They will stop, and the amazing amounts of money they bring with them will also stop. Let’s be very careful how we manage this amazing and somewhat confusing draw card to so many international visitors. Historic Route 66 has again become a “Avenue of Revenue”.

Michael Garret, a neighbor to the bridge and volunteer fireman raised concerns that not having the bridge repaired quickly would leave many nearby homes vulnerable because the fire department would be forced to use a much longer detour to get to nearby residents.

Local farmers also made their voices heard at the rally.  Without the bridge how would they get their farming implements back and forth across the river?  They were candid with Mr. Lynch, insisting on whether MoDOT was willing to allow passage via I-44 located a couple hundred feet away.  Lynch was unable to give an answer to their dilemma.

MoDOT has not confirmed what the fate of the bridge will be at this moment, but they have listed three options they are faced with:  Permanent closure until funding is secured, replacement with an entirely new bridge, or repairs to the existing bridge.

Bob Lynch said they should have some conclusion based on more inspections and studies within the next 2-6 weeks. For now, the structure will remain barricaded to prevent anyone from accessing the bridge.

One factor influencing the decision is the location of the bridge.  The bridge is located on what was considered until last week an "Incident Bypass Route."  Meaning in case of a highway closure, traffic would be routed from the interstate onto this old section of Route 66 and through this bridge crossing the Gasconade River.  This factor will also play heavily into the decision whether or not the bridge should remain or be replaced.

Below is a video from a news report at the scene of the rally:

There was a common consensus among all attendees: Repair the historical bridge and add it to the National Register of Historic Places.  Preserve this landmark and preserve the community.  Restoring the bridge back to its original beauty should be made a high priority.  MoDOT has an opportunity to shine in the spotlight of the public if it decides to preserve this historical landmark.  It is in the best interest of everyone to encourage MoDOT and the scenic byways program to find funding to save the Gasconade Bridge.

Several months ago, Pulaski County and MoDOT reopened a similar type bridge to the east after an intensive restoration project. It was a joint venture to repair and preserve the Devil's Elbow Bridge in Devil's Elbow, Missouri. The Devil's Elbow Bridge project was heavily funded by grant money.  There has been much fanfare surrounding the accomplishment of restoring the bridge at Devil’s Elbow.  It was a process worth repeating for the Gasconade Bridge.  We hope officials will investigate and implement the practices used at Devil’s Elbow.

To ensure the restoration of the bridge it is the duty of all local residents and Route 66 roadies to make contact with the list of people below. We need to make it known how important the bridge is to the world.  Take the time to write emails, send letters, and make phone calls.  Share this article containing important info to all concerned citizens and people in the Route 66 community. 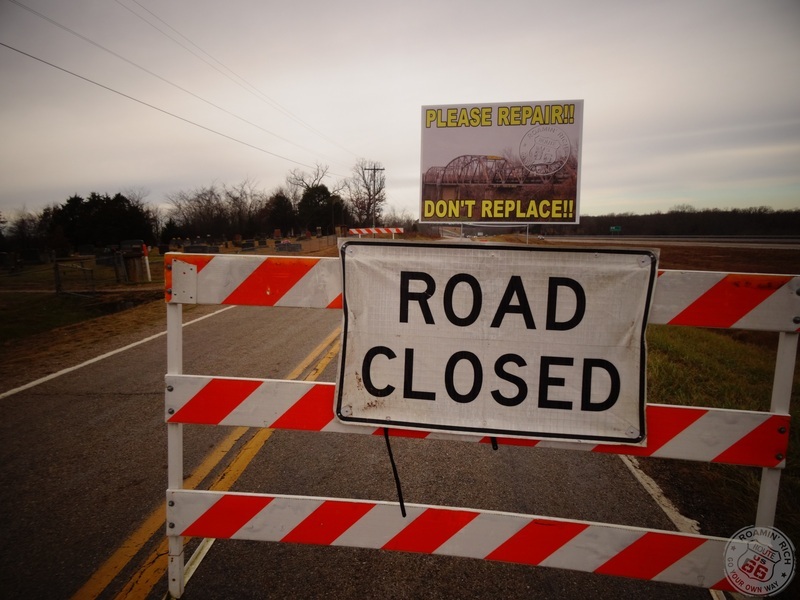 Important contacts   -Please let them know how you feel!-

Get involved quickly and easily!

Articles related to the rally: 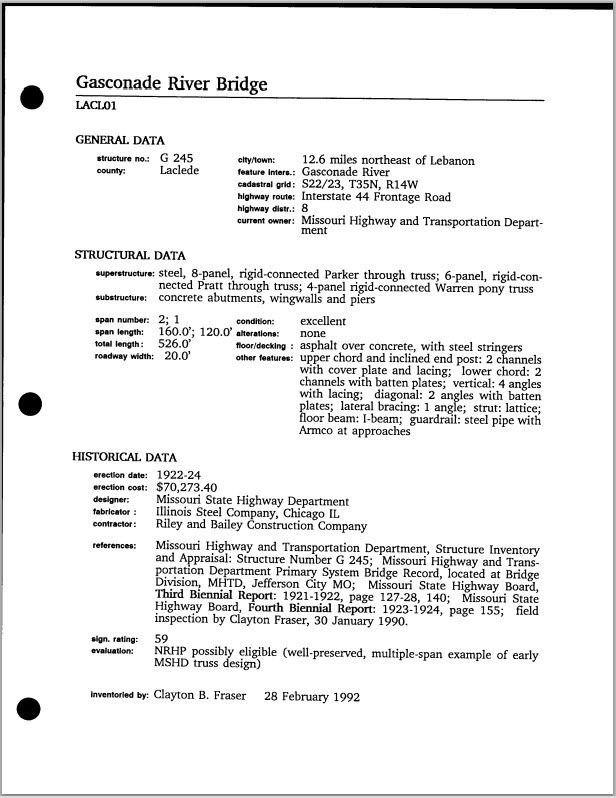